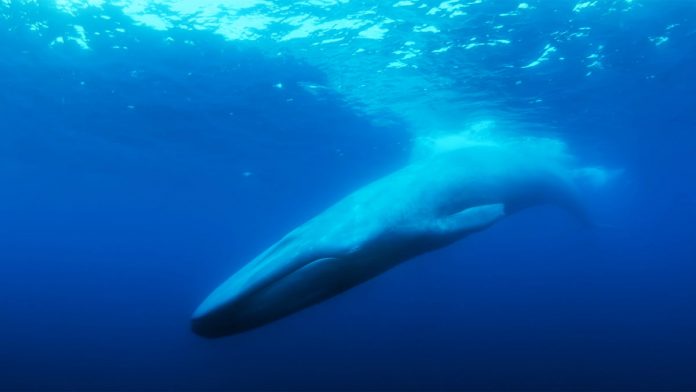 From director Joshua Zeman, The Loneliest Whale is a story about a solitary cetacean with a call that no other whale can understand. It was first discovered in 1989, when the U.S. Navy detected a mysterious signal in the Pacific Ocean. After months of study, Dr. William Watkins of the Woods Hole Oceanographic Institution in Massachusetts concluded that this strange subaquatic rumble belonged to a whale he dubbed “52,” which was emitting a distinctive 52-hertz frequency that was nothing like other whales that moved in similar migratory patterns. A whale’s call is social, but no response to 52 was ever recorded. Watkins summarized that this singular creature was solitary and unique, possibly the first or last of its kind, a whale unable to find a mate or bond with others of its species. Researchers who tracked the signal of the 52-hertz whale had never set eyes on the whale themselves. In the film, Zeman documents a team as they take on the seemingly impossible task of locating 52 in the vastness of the Pacific Ocean.

three questions and the second video

New Adaptive Out of doors Recreation Heart opens in Maine