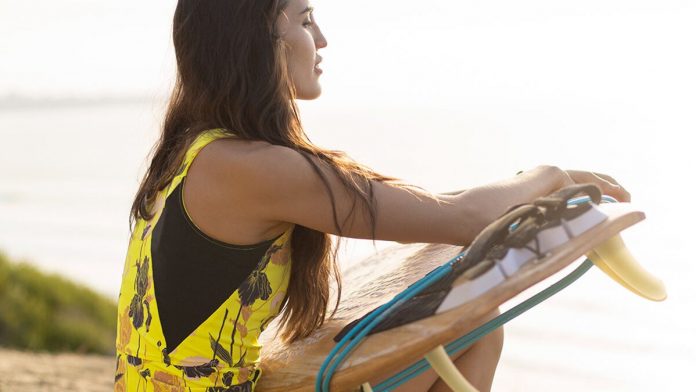 I’m convinced that the only reason dresses and skirts haven’t been universally embraced as functional outdoor gear is because men (usually) don’t wear them, but times are a’changing, and it’s rare to find an outdoor brand that doesn’t offer at least a dress or two at this point. This summer’s dresses showed a few trends: lots of sleeveless options and a good number of bra-friendly silhouettes, which are more versatile than your standard spaghetti strap. In my testing, two stood out above the rest—for indoors, outdoors, or anything else. (If you want a little more coverage or to avoid chafing, add Duluth Trading’s Instaskort Undershorts ($20), which are light and super-comfy.)

Wool& has been making internet rounds for a while because of their 100-day challenge, in which bloggers and influencers wear one of their dresses for 100 days in a row, with apparent success; but I hadn’t tried anything from them personally until now. It was clear from the moment I opened the package that this dress was thoughtfully made. It feels luxurious: everything about it is nice. The fabric, a stretchy merino-blend terry, is substantial without being bulky, with weight and a nice drape. The shoulder seams are reinforced, and the pockets are stitched into place and deep enough to hold a phone or wallet securely.

This dress has the marks of a staple: you could, very realistically, wear it to a business meeting and then go backpacking in it. It has all the anti-odor benefits of wool (it doesn’t stink, you don’t have to wash it often) in a cut that would suit a lot of body shapes and a better-than-typical range of sizes. It’s also a truly year-round dress and would look just as natural with tights and boots as with sandals or bare feet. The only downside I encountered is that it tends to wrinkle if you sit for a long time, although the wrinkles mostly shake out once you move around for a bit.

After about two months of testing (and machine washing), the dress hasn’t pilled yet—which doesn’t mean it won’t, but plenty of merino dresses would pill far sooner. If you want more coverage, there’s also a version with a 2.5-inch longer hem.

It cracks me up that this is called the Freelance Dress because it suggests one might wear it while, say, wandering barefoot on a beach, jotting thoughts in a Moleskine and earning per-word mag rates of the kind rarely seen this decade. If that is the nature of your freelance job, then this would be an excellent dress for your endeavors, and if not then it’s a great summer dress regardless. The nylon-spandex material is swimwear-reminiscent, which is surprisingly versatile (and wrinkle resistant), except for flattering black mesh sections that are, reassuringly, totally opaque. It also has a (very flat) zippered kangaroo pocket, a detail that lies at the intersection of playful and utilitarian.

The real claim to fame—not just of this dress, but of a number of Title Nine dresses—is something the brand has dubbed SwiftSnap, which purports to turn any dress into a romper. The SwiftSnap is a little snap at the front inside hem of the dress, and another at the back, that can be connected between your legs in one, well, swift snap. The result is not really a useable romper, or at least not a flattering one; it looks like you’re wearing a baggy diaper. But in practice it is genius. Hopping on a slackline? Sitting cross-legged in the grass? Breeze turns into a strong wind? There will be no skirt flying up on your watch. The snaps are unobtrusive—you’d be hard-pressed to notice them if you weren’t actively searching—but in those moments when you really don’t want to flash everyone, you’ll be wondering why you ever wore a dress without them.

No Safeguard? No Downside! Climbing and Rappelling with an ATC, a...

The Physician is In: Huskies’ Ulofoshio Talks Climbing, COVID, Soccer

We All Deserve a Spring Break This 12 months