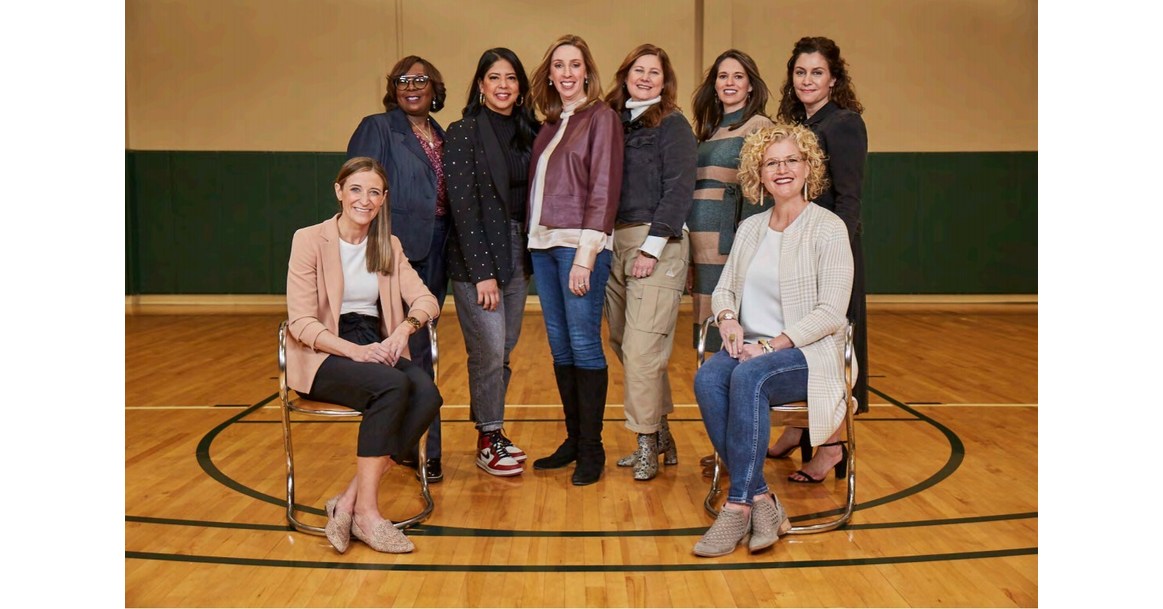 The goal of the campaign is to reach female consumers and establish their connection to the female leaders at DICK’S Sporting Goods in order to affirm that DICK’S is a brand and company that will fight to champion women and address their concerns and needs. The leaders highlighted in this campaign, in order of appearance, are:

The campaign was developed by creative agency, Badger & Winters. “DICK’S has a team of incredible leaders who are writing a new playbook for women and girls in sports. Lauren and the team recognize the power sports has to change the trajectories of girls’ lives. Our agency is so proud to be a part of their efforts,” said Madonna Badger, Founder and Chief Creative Officer, Badger & Winters.

Already in 2021, the Company has made several efforts to champion women, while highlighting the importance youth sports play in the lives of girls including:

“While the campaign focuses on several of the women on our leadership team, I can tell you that our entire company is all in on supporting girls and women in all walks of life,” said Hobart. “Along with our partners, we will work tirelessly to ensure that we have the products and programs that speak to current and future female athletes.”

Moving forward, the Company will continue to support these efforts through increased product assortment, in-store programs, a series of marketing initiatives and product donations.

This new campaign and 2021 initiatives follow the Company’s actions taken in 2020, when The DICK’S Sporting Goods Foundation provided a $5 million grant to the U.S. Soccer Foundation’s United for Girls initiative, began a partnership with USA Softball, expanded women’s offerings in-store and online and launched a marketing campaign celebrating the power of the sports bra.

Headquartered in Pittsburgh, DICK’S also owns and operates Golf Galaxy and Field & Stream specialty stores, as well as GameChanger, a youth sports mobile app for scheduling, communications, live scorekeeping and video streaming. DICK’S offers its products through a dynamic eCommerce platform that is integrated with its store network and provides athletes with the convenience and expertise of a 24-hour storefront. For more information, visit the Investor Relations page at dicks.com.

About The DICK’S Sporting Goods Foundation

Lauren R. Hobart is President and Chief Executive Officer of DICK’S Sporting Goods. Lauren is the third CEO in the company’s history, preceded by current Executive Chairman & Chief Merchant, Ed Stack (1984 – January 2021), and the company’s founder, Dick Stack (1948 – 1984). Lauren joined DICK’S in February 2011 as Senior Vice President and Chief Marketing Officer (CMO). In her time as CMO, Lauren revamped the Company’s marketing efforts, drove significant improvement in the ROI of the marketing spend and was instrumental in developing and launching the CALIA by Carrie Underwood brand.  In 2015, Lauren was promoted to Executive Vice President and CMO and later to Executive Vice President, Chief Customer & Digital Officer.  She became President of DICK’S in May 2017 overseeing the Stores, Marketing, eCommerce, Technology, HR, Communications, Legal and Strategy & Analytics organizations. Additionally, she has served on the DICK’S Board of Directors since January 2018 and is President of The DICK’S Sporting Goods Foundation.

During her tenure, Lauren has helped drive the company’s robust technology and eCommerce strategies, among other substantive growth initiatives. She has had a significant impact on shaping DICK’S inclusive culture, enhancing our exceptional customer service offering and improving the customer experience.

Under Lauren’s leadership, The DICK’S Sporting Goods Foundation developed its signature Sports Matter initiative in 2014, which has enabled over one million children to have access to sports. DICK’S and the DICK’S Sporting Goods Foundation have given over $105 million in grants and sponsorships since 2014 to raise awareness and address the growing issue of underfunded youth sports programs nationwide.

Prior to joining DICK’S, Lauren spent 14 years at PepsiCo in various leadership roles, including CMO of Carbonated Sports Drinks in North America.  Prior to PepsiCo, Lauren was at Wells Fargo Bank and at JP Morgan Chase.

From 2014 to 2018, Lauren served as a member of the board of directors of Sonic Corp; since November 2020, Lauren has served on the YUM Brands! Board of Directors.

Julie Lodge-Jarrett currently serves as Chief People Officer, a position she has held since joining DICK’S Sporting Goods in April 2020. In this role, Julie is responsible for leading the overall talent strategy for DICK’S, while ensuring that the Company’s culture, practices, policies and operations align with its overall objectives and values. She also provides strategic Human Resources leadership to the executive management team and Board of Directors. Prior to joining DICK’S, Julie spent more than 21 years at Ford Motor Company, most recently serving as Chief Talent Officer. Julie held various human resources and organizational development roles during her tenure with Ford, including Chief Learning Officer; HR Director, Global Purchasing; HR VP, Greater China; and HRBP & Talent Director, Asia Pacific & Africa.

Carrie Guffey currently serves as Senior Vice President – Softlines at DICK’S Sporting Goods. In this role, Carrie is responsible for leading the merchandising efforts and driving sales for all Softline categories, including Women’s, Men’s and Youth Athletic Apparel, Footwear, Outerwear and Accessories. Carrie joined the Company in 2002 as an Assistant Buyer in Outdoor Apparel and has served in a variety of merchandising leadership roles throughout the years. Most recently, she served as Vice President / General Merchandise Manager leading Footwear, Women’s Athletic Apparel and Accessories since 2018.

Melissa Christian currently serves as Vice President, Brand & Category Marketing (Softlines) at DICK’S Sporting Goods. In this role, Melissa oversees DICK’S brand marketing efforts, including PR and Influencer strategies for all categories. She is also a member of the board of directors for Special Olympics of Pennsylvania. Melissa joined the Company in 2014 as Manager of the Women’s Initiative, and she has held numerous roles of increasing responsibility during her tenure. Before being named to her current role, she served as Director of Brand Management, and in April 2020, she assumed the role of Interim Head of Communications (Internal & External). Prior to joining DICK’S, Melissa served a Business Development & Investor Relations Analyst at The Carlyle Group and as a Corporate Investment Banking Analyst at Deutsche Bank Securities, Inc.

Aimee Watters currently serves as Executive Director of The DICK’S Foundation & Sr. Director of Community and Corporate Relations at DICK’S Sporting Goods. In this role, Aimee is responsible for the fundraising and giving strategy for The DICK’S Sporting Goods Foundation, including our award-winning Sports Matter initiative. She also oversees corporate relations and community marketing to drive team sports sales and build the DICK’S brand among youth sports leagues, parents and fans. Aimee joined the Company in 2011 as Sr. Customer Insights Manager, and she has held numerous leadership roles during her tenure. Before being named to her current role, she served as Director – Team Sports HQ Marketing. Prior to joining DICK’S, Aimee held various leadership roles in consumer and customer insights at Heinz North America.

Prop B: As Austin heads to polls Could 1, polarizing homeless...

Biking the Iditarod in Search of Ache

Why There Are Completely different Sorts Of Locking Carabiners… | Climbing...

Big Metropolis to have fun Nationwide Get Outside Day

The right way to Plan a Hike Throughout Wildfire Season

The Greatest Methods to Carry Your Shit Whereas Snowboarding