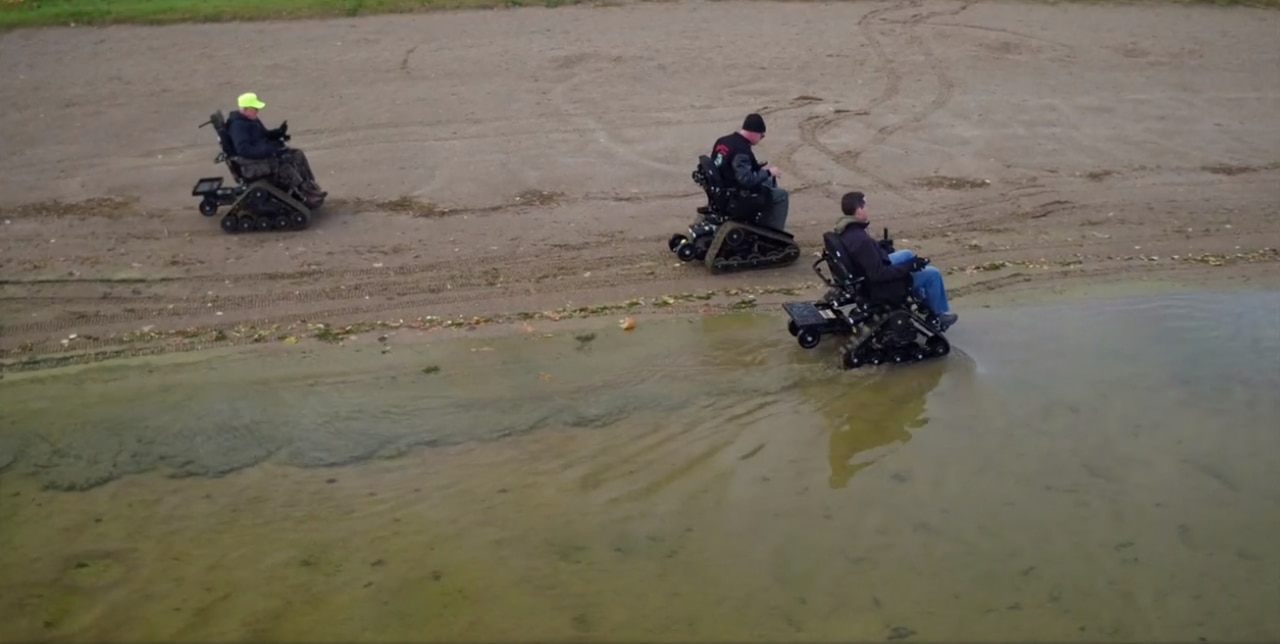 Tyler Urias said there was always a lack of wheelchair access preventing him from enjoying outdoor activities like the beach near his home.

If he wanted to go to the beach, he said, someone would have to help him by grabbing him to pull him out of the sand or to the water’s edge.

“It never worked,” said Urias, 30, from Barry County. “The list could go on and on with regards to barriers and what was not feasible.”

The Michigan Department of Natural Resources is working to make outdoor recreation more accessible for wheelchair users like Urias and people with disabilities with the Track Chair program.

Track Chairs are electronic wheelchairs with special, triangular treads that give users better access to the trails, beaches, wildlife, and landscapes of the state parks.

Michelle O’Kelly, DNR’s fund developer, said rail chairs can provide opportunities for people with disabilities or the elderly to explore areas they might otherwise not be able to.

“Making leisure time accessible to all is definitely a priority for the department,” said O’Kelly.

Urias said he plans to use one of the chairs in the coming weeks.

“As a person in a chair, I feel like this opened a lot,” said Urias. “I think there are a lot of important ways we can use them in the future.”

Users can take the chairs into the state parks for free, but must first sign a liability statement. Track chairs can be used on trails, snow, sand, and up to 20 inches of water.

Paul Ecklund, ADA specialist and systems attorney for the Disability Network in southwest Michigan, said that it would normally be impossible for wheelchair users to get through this rougher terrain.

“You have beach mats that you might be able to take to the water, but you definitely won’t get off the mat because once you do you’re pretty stuck,” Ecklund said. “They made some kind of chairs like beach chairs, but those aren’t really accessible either.”

The hours and length of time to reserve a track chair vary from park to park, so planning in advance is highly recommended.

According to O’Kelly, there was also quite a lot of demand. Grand Haven State Park, which received its Track Chair in late March, already has 53 reservations.

O’Kelly said the program has given families the opportunity to enjoy a hassle-free vacation with loved ones with disabilities, combined with the independence it gives its users.

“It gives people a little bit of freedom to get their families outside with a little more ease,” said O’Kelly.

The Track Chair program was introduced into the DNR in 2017 by Kali’s Cure for Paralysis. According to the organization’s website, Kali’s Cure was founded in the hope of improving the lives of people with spinal cord injuries and one day finding a cure for paralysis.

“They reached out to us and said they wanted to donate these chairs, so they’re the ones who got the ball rolling,” said O’Kelly.

Kali’s Cure donated five of the seven chairs that can be found in the state parks. The other two chairs were made possible by donations from the Aletha Goodale and Family Foundation, Friends of Grand Haven State Park, and Friends of Island Lake Recreation Area.

“No donation is too small,” said O’Kelly. “It will certainly add up quickly, we have found that the effect is already felt with those that we have already funded.”

Disabled Korean who made historical past for climbing world’s 14 highest...

Metropolis Of Atlanta Lifts Utility Moratorium On Outside Occasions For Up...