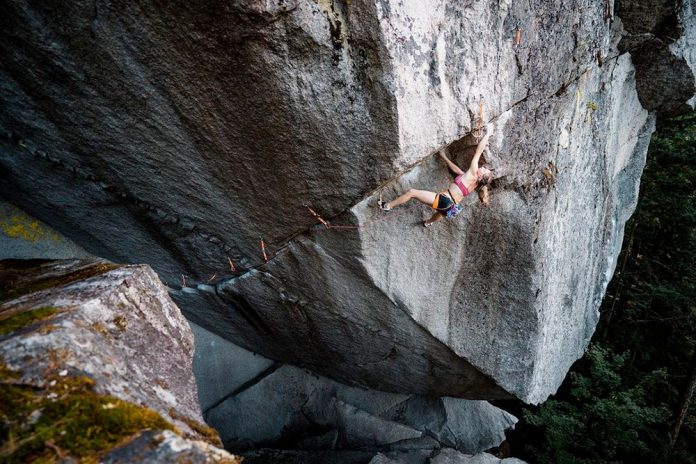 Just days after Paige Claassen made the first female ascent of Dreamcatcher, close friend and climbing partner Michaela Kiersch stepped in with a repeat of this classic Chris Sharma highend testpiece at Squamish in Canada.

26-year-old Kiersch, a climbing coach and Occupational Therapy student, first tried the line three years and struggled doing the moves. Specific training, focusing in particular on increasing finger strength and endurance, as well as lots of sideways campusing resulted in bigger links when she returned this summer. On her 5th day of effort, she surprised herself with sending her first 9a, and what a 9a at that!

Prior to her success on Dreamcatcher, Kiersch had previously bouldered up to V13 (Crown of Aragorn, Hueco Tanks in 2017) and redpointed up to 5.14c (Necessary Evil at Virgin River Gorge, Golden Ticket and Lucifer at Red River Gorge in 2016). A few weeks before heading to Squamish she managed to make there first female ascent of Super Tweak, America’s first 5.14b (8c) put up by Boone Speed at Logan Canyon in 1994.

Have a good time Agriculture With Artistic Hay Bale Shows |...

Sure, Climbing Trails Are Extra Crowded than Ever

Step-by-step, Chris Nilsen has been climbing to the highest of the...