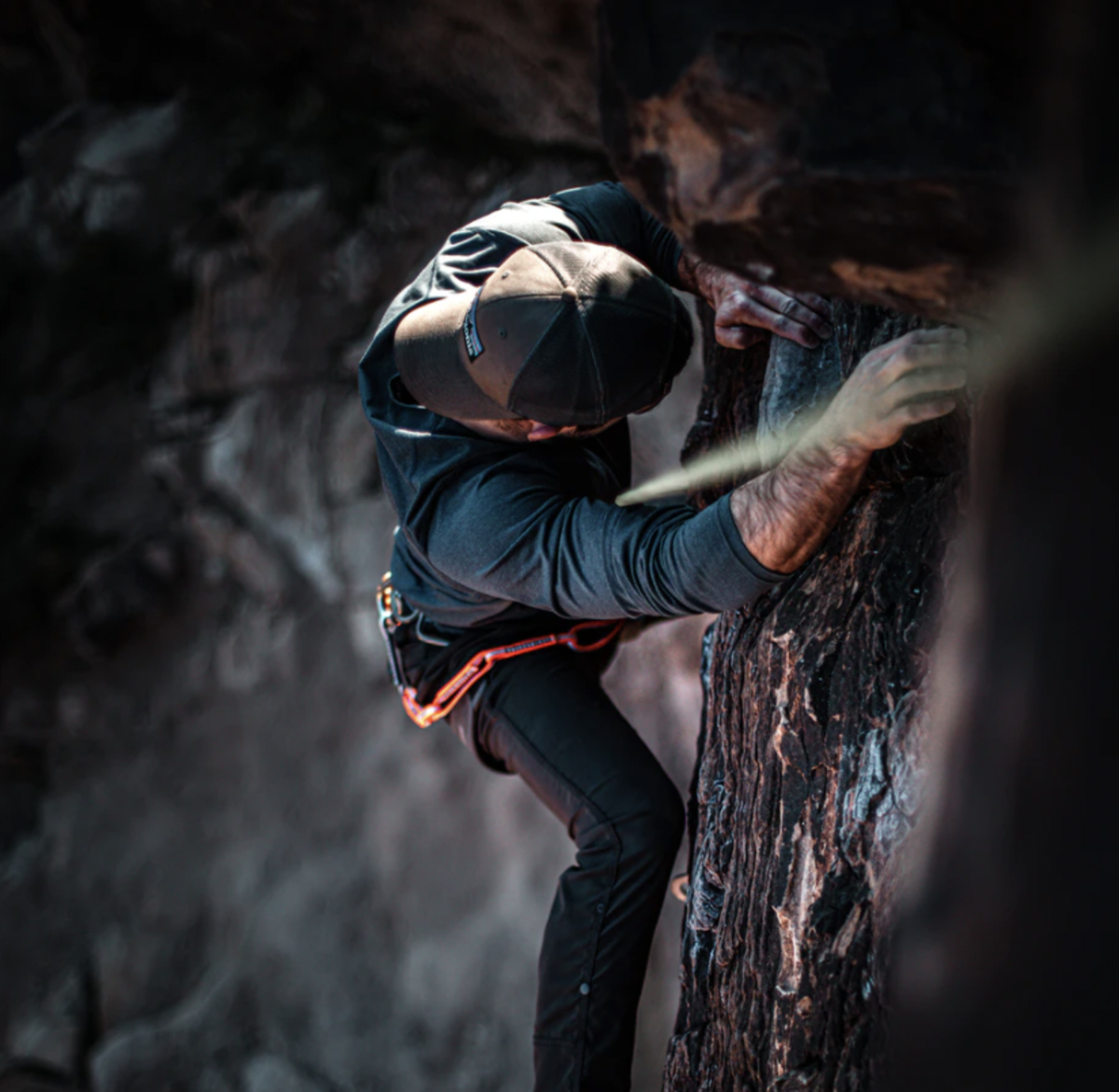 Jackson Smith, 33-year-old software developer from your hometown, recently completed his first project, Toxic Paradise (5.11d), at your local crag. Smith, a climber of four years, spent the better part of three months working Paradise, though he is adamant that the line, for all intents and purposes, should’ve gone down much sooner.

“I’ve been dealing with this, like, pulley injury,” he told Climbing. “Also I’ve just been slammed with work, so haven’t made it out to the crag much. I basically figured out the crux like three weeks ago, and should’ve clipped the chains, but the weather got pretty bad and stuff.” He paused, then added, “You know…” and gestured noncommittally.

Smith’s girlfriend, Erica Givens, later informed Climbing that the delay could be more accurately attributed to the several hours per day Smith spent binge watching the new Netflix TV series Age of Samurai: Battle for Japan, followed by “one of those cooking shows” and two seasons of Ink Master. “He’s also been obsessed with poring over bitcoin Reddit forums, so this whole idea that he hasn’t had time to project is kind of bogus,” she added.

By the time Climbing reached out to Smith, only two hours after he posted about the send on his Instagram, he had already informed every member of your local rock gym, as well as three employees at REI, the pizza delivery girl, and his next-door neighbor, 86-year-old Vietnam veteran Frank Samson, who was out walking his dog when Smith arrived home from the crag. The Instagram photos consisted of two shots from below taken by his belayer, mostly detailing a profile of Smith’s buttocks, followed by one of him on the ground, flexing and throwing up a peace sign, after lowering from the route.

Smith’s climbing is sponsored by FrictionLabs chalk, some CBD company his college roommate started, and his grandmother, Anna Smith, who still sends him $100 and a card on his birthday, telling him to “use it to buy some of that rock climbing merchandise you like so much.”

“I really couldn’t have done this stuff without my CBD drops from HempCannaLeafVitalitySunshine,” Smith chirped upon answering the phone when Climbing called him. “If there’s one thing I need to tell you guys, that’s it.” In his Instagram post, Smith reported that his followers were able to access his “EXCLUSIVE” one-time code: JacksonSmithCBD, for 10% off their purchase. Climbing went ahead and entered the code, which brought our 1oz CBD bottle down to a price of $180 from the standard $200.

On the route itself, Smith told us, “I mean look, some of the guys will tell you it’s basically an offshoot of Eight Ball Suicide (5.10c), but there’s like this one left-running seam you follow up and over between the third and fourth bolt that makes it a totally different line. The style changes, and I mean big time.”

Toxic Paradise, to hear Smith tell it, will become a fixture at your local crag in the months and years to come. Aspiring climbers will be expected to test their mettle against the line, which is the 27th hardest route at the crag. “I’m just happy to have contributed something to posterity, you know?” Smith said. “A lot of times we’re just following in other climbers’ footsteps. It’s nice to break new ground. It’s a good feeling. I think I’m really going to start putting up a ton of new lines now.”

Owen Clarke is a writer currently based in Tennessee. He is a Contributing Digital Editor at Climbing and Gym Climber. He enjoys Southern sandstone and fish tacos, and is afraid of heights.

Saturday marked opening day for out of doors recreation in Ontario...

Why Figs Inventory Was Climbing Once more At the moment