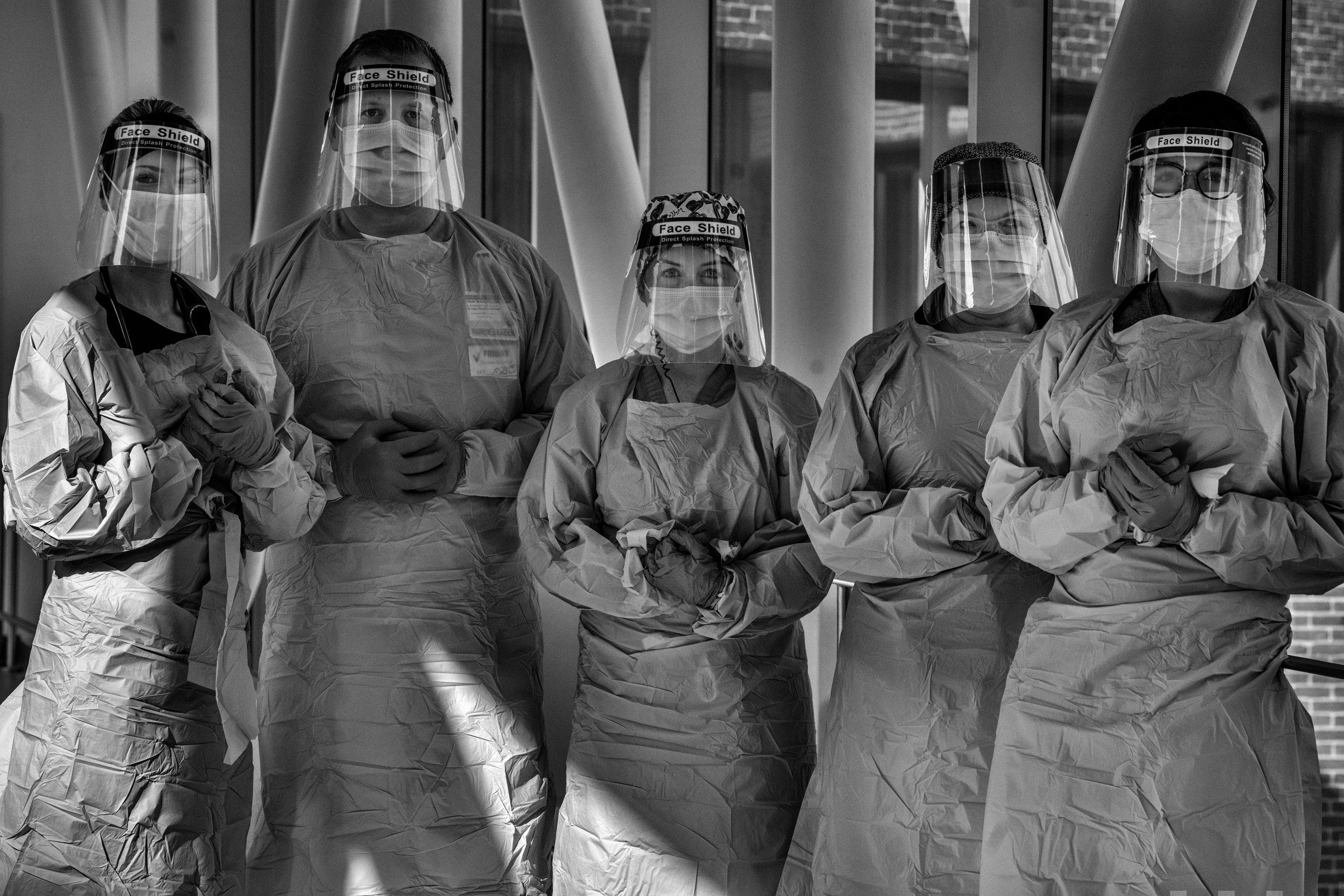 Lesa Shultz has been sick for about 17 months. As one of the “first pregnant women”, Shultz contracted COVID-19 while traveling home from Los Angeles, California in March 2020 before the first pandemic lockdowns began in Tennessee. Shultz, a self-employed consultant, has suffered from prolonged COVID along with many Tennesseans.

According to the World Health Organization, Patients who recover from COVID-19 but still have certain symptoms may have a “post-COVID condition” or “long-term COVID”. Vanderbilt Assistant Professor of Medicine Dr. Sapna Kripalani, MD, says long-term COVID is defined by symptoms that persist six to eight weeks after a patient has recovered from their original illness. Kripalani listed dozens of symptoms that can affect people with long-standing COVID, and Shultz and other long-time COVID patients in Tennessee suffer from many.

Shultz, who lives in Nashville, says she could be almost completely disabled any day due to long-term COVID symptoms. The 39-year-old first contracted the coronavirus in 2020, which started with a sore throat and quickly expanded to severe chest pain, headache and difficulty breathing. She slept sitting up for several nights, as that was the only comfortable position. But at the time, the doctors didn’t know how to help, and Shultz says she was told to avoid the hospital while she can breathe.

“It’s a terrifying feeling,” says Shultz. “Nobody knew how to help and I was the sickest I’ve ever had.”

In June 2020, Shultz was feeling “mostly normal,” but by July 2020, unlike her original illness, began developing new symptoms. She sent chest pain, dizziness, body aches, stomach ache, tachycardia, nerve pain, brain fog, fatigue and other severe symptoms back to the doctor. Shultz says her symptoms often mimic those of an immunocompromised person, and if she tries too hard or works too hard, she will be bedridden for days afterward. She began to realize that she may have had COVID for a long time and joined a Tennessee-based Facebook group called COVID-19 Longhaulers to connect with others who were experiencing the same issues.

The group also includes Callie Sprague, 52, from Chattanooga. Sprague first contracted COVID-19 in November 2020, which meant both women were sick before the Delta variant hit the state. While she and her husband got sick, he recovered more easily. Sprague had initial symptoms similar to Shultz’s and had a sore throat that escalated to chest congestion, fever, headache, and exhaustion.

“The thought of having to sit up was like climbing Mount Everest,” says Sprague.

Sprague says she initially wasn’t convinced she had long COVID because she thought it was a continuation of the same disease and that her symptoms were unrelated to COVID because they changed. She was sick for five months before realizing what was going on and brought her doctor a two-page list of symptoms. Although the mother and writer says she used to be active and vacationing or visiting friends and singing in her church choir, her heartbeat will race over 100 beats per minute while standing. She says it will climb up to 150 beats per minute – as if she were doing sports – while doing daily chores like washing up.

Dr. Kripalani regularly sees patients at Vanderbilt’s special long COVID clinic and says it’s not uncommon to see such diverse combinations of symptoms that, as Shultz says, are “up and down”. Kripalani says perhaps the longest COVID symptom is the brain fog that both women described, making memory and conversation difficult. Kripalani generally says that executive function is compromised, so patients often have difficulty making decisions and performing normal daily tasks.

Kripalani says COVID does not affect any gender more often or more severely, but says it may be more common in younger people between the ages of 30 and 40. Even the healthiest and most active marathon runners can be affected.

“Unlike other illnesses, and even in contrast to the original COVID surge, which was most aggressive in the elderly, I don’t see as much long-term COVID in the elderly,” says Kripalani.

Kripalani says it is also too early to know how the Delta variant will affect long-term COVID. Since long COVID diagnoses lag behind the initial increase, we may not know until autumn or winter whether the variant causes more symptoms or different symptoms. She says there is currently nothing to suggest that patients in Tennessee are any different from those around the country and around the world who have been exposed to long-term COVID. All the reports she sees show that local patients consistently have the same symptoms as other long-haul COVID vehicles.

Right now, Shultz and Sprague are seeing experts studying COVID for a long time and paying out of pocket. Shultz says she is seeing a specialist who will help her with blood tests and had previously done acupuncture and other treatments to relieve her symptoms before the Delta variant made her unsafe. She writes treatments on her credit card and doesn’t want to think about how much it all costs. Meanwhile, she continues to work as much as she can to support herself.

“I don’t know what else to do,” says Shultz.

I wish (people) knew that there are consequences other than flu or death. There are people like me who suffer for months. When this is all over, I’ll have lost a year of my life.

– Don’t forget to add the author

Sprague says she has treatments from Dr. Bruce Patterson and Dr. Taken Ram Yogendra. Patterson founded COVID long-distance drivers, and both medical professionals have long résumés that include pathology, HIV / AIDS research, and more. Sprague says the treatments are helpful, but she’s also paying out of pocket because it’s not covered by insurance.

Both Sprague and Shultz join Kripalani in urging Tennessees to get vaccinated so others don’t suffer the same long-term effects. Sprague and Shultz were both vaccinated ASAP, saying they’d like other locals to know about COVID-19, and for a long time, COVID doesn’t just affect people with comorbidities or the elderly or health problems. It could be everyone.

Kripalani estimates that between 10 and 30 percent of COVID-19 patients suffer from COVID for a long time. From August 28th is the Tennessee Department of Health reported 48 deaths in the state in the last 24 hours as well as 7,635 new cases and a total of more than 1 million COVID-19 cases in the state since the pandemic began. If only 20 percent of those 7,635 new cases experienced a long-term COVID illness, it would mean 1,527 Tenneseers of any age, race, economic status or health condition could be sick for months – all in a single day.

“I wish they knew that there were other consequences besides the flu or dying,” says Sprague. “There are people like me who suffer for months. When this is all over, I’ll have lost a year of my life. “

Shultz says she is upset that more and more people are not talking about COVID and knows that others in marginalized communities are suffering even more. She says she couldn’t imagine how a child could deal with long-term COVID because she found it so difficult to explain her own complicated symptoms to doctors, and she encouraged parents to protect their children from it. She wants people to know the consequences and she wants everyone to get vaccinated.

“I’ve been sick for 17 months and wanted to talk about it all the time,” says Shultz. “I wouldn’t wish that to anyone.”

Theme park visitors movie themselves climbing down 200 toes after curler...

Boat present, tenting honest be part of fingers in Istanbul

Gold is now increased on the week, climbing $80 from the...