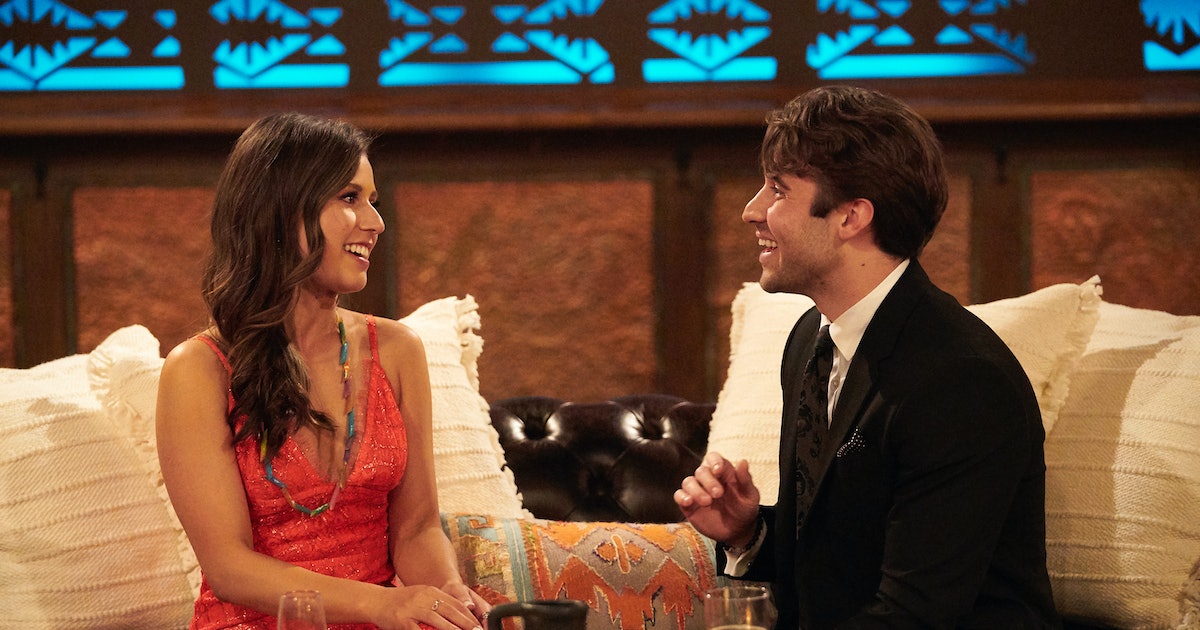 It’s only the second week of season 17 of ABC’s The Bachelorette, but fans already seem to have a favorite contender for Katie Thurston’s heart, and since Greg Grippo got the coveted first date, it sounds like she’ll agree. During the date, fans took to Twitter to share memes and tweets with some fans they loved and other fans who completely dragged out the duo’s chemistry (or lack thereof).

Some fans appreciated the way he wore his emotions on his sleeve. Others loved that Katie felt vulnerable and spoke to him about the loss of their father. Outside of those intimate moments, however, there were also some questionable ones. For example, when they built an outside toilet together. At the end of their first date, Katie and Greg were sitting in the back of a truck when the fireworks went off and she handed him a rose. “The date was perfect,” she said before bending over to kiss, but social media will always be the final verdict. This is what fans thought of Katie and Greg’s camping date.

First there was the interesting “romantic choice” that Greg showed off his outdoor skills by showing his potential future wife that he can actually make a toilet out of a plastic bucket. And yes, they kissed on the toilet bucket.

And some fans just couldn’t see Greg as the outdoor guy (despite his flannel) and called him a “glamper”. Meanwhile, other tweets exclaimed The Bachelorette, blaming a “lack of budget” for the camping-themed date they’ve seen so many times before.

Some fans looked over the antics of the date and focused on the fact that Greg was just Greg, while others reminded Katie that he’s from New Jersey and thought he was going to put on a front (and likely the flannel above), just to impress them.

However, judging from the opinion of most fans, Greg really can’t go wrong, even if he doesn’t do anything at all.

However, should this relaxed and approachable attitude prove wrong, Bachelor Nation won’t hesitate to get him!

The Secret to Happiness? Pondering About Demise

The best BLOOD KNOT you'll ever tie utilizing a carabiner!