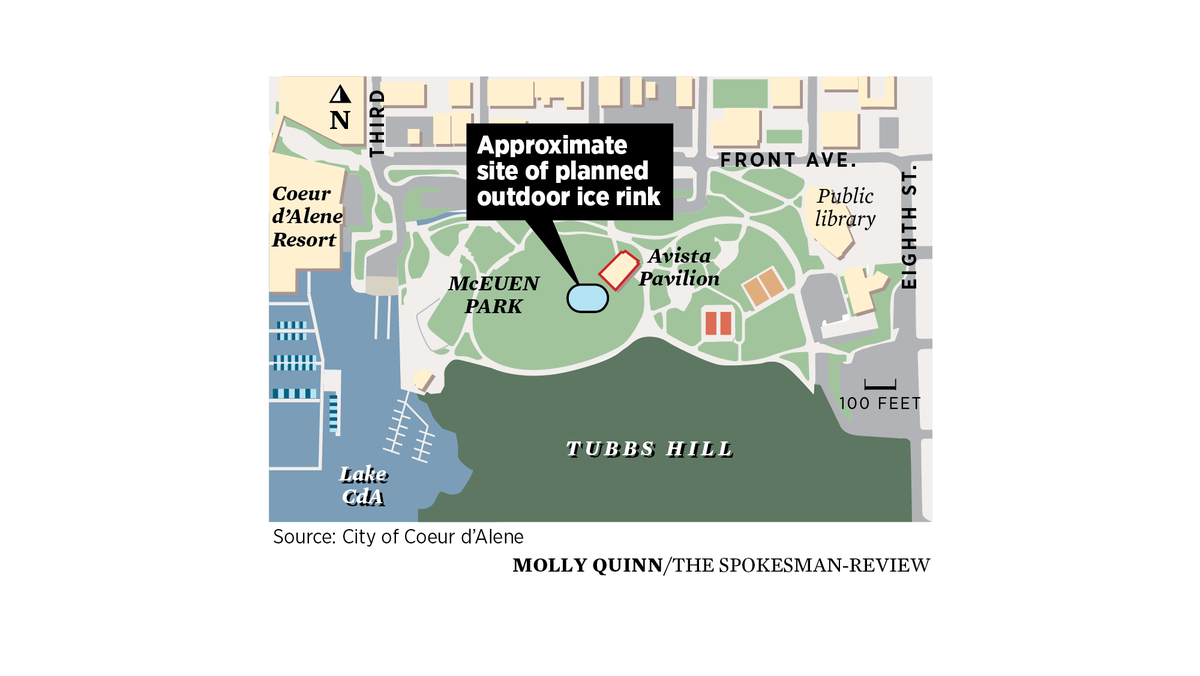 Downtown Coeur d’Alene is getting an outdoor ice rink for the next holiday season after the Parks and Recreation Authority approved the plan from a private company last month.

Business owner Jerome Murray ran an outdoor ice rink in Modesto, California for several years before moving his family to Coeur d’Alene. In his new home, he saw how little downtown McEuen Park was in the winter months and thought it would be the perfect place for an outdoor ice rink.

Murray presented his idea of ​​building a seasonal ice rink in downtown McEuen Park to Bill Greenwood, Director of Parks and Recreation at Coeur d’Alene.

The place was greeted by Greenwood, who had worked for years to find a winter activity for McEuen Park. The parks department had toyed with creating a cross-country skiing course in the large park, but “the snow doesn’t stay long enough,” said Greenwood.

“We were always hoping for something and we didn’t know what it would be,” said Greenwood. “It seemed like a good fit.”

“We decided that McEuen Park was just an ideal placement,” said Murray. “It is a public space that is of almost no use in the winter months.”

While there are plenty of intense outdoor activities like skiing, snowboarding, or ice fishing in northern Idaho, there aren’t many ways to just spend a few hours outdoors, Murray said.

Murray’s proposal for an ice rink was due to be submitted to the Parks and Recreation Commission this past spring. However, with the COVID-19 pandemic, Murray decided it would be best to postpone a year, Greenwood said.

When the proposal was re-examined last month, the Commission quickly approved the idea. Murray’s business, Coeur d’Alene on Ice, will pay the Department of Parks and Recreation a fee to use the land and cover costs like leveling the area, Greenwood said.

The ice rink will be open to public skating most of the time, with a capacity of approximately 150 skaters. Murray plans to have themed nights like mascot night, 80s night, or characters on ice. The rink will also host special events, Murray said.

Murray is currently securing sponsors for the ice rink in order to determine the price range.

“The whole idea behind the sponsorship is to allow us to keep the venue year after year, but also to keep the price effective,” said Murray.

He hopes to open around Halloween and close shortly after the New Year.

An ice skate rental, a concession stand and a ticket office will be built in the pavilion.

While Murray is admittedly not a great skater himself, his three daughters love being on the ice, especially after years of working on their family rinks. Murray hopes to provide the Coeur d’Alene kids with the same experience he gave his daughters – not just a chance to skate, but maybe a chance at a first job, he said with a chuckle.

Outside sources and security ideas forward of Fourth of July weekend...

Bacall Recreation Middle and household pool might be closed

Uniting the state’s out of doors business » Albuquerque Journal