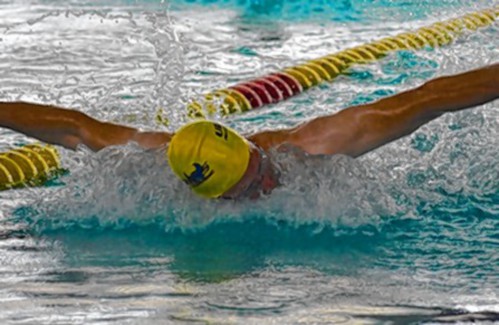 The Etna Masters swimmer will be inducted into the Hall of Fame for the New England Local Masters Swimming Committee next month, the result of a career of record breaking results in the pool. The hall, founded in 2010, honors outstanding members of the NELMSC in three categories: Pool Performance, Open Water / Long Distance and Contributor.

Bedford was selected for introduction to the pool performance category. His career goes back more than a decade and includes the following achievements:

■ Fourteen national US championship swimming records (eight of which he still holds).

■ A total of 110 individual and nine relay top 10 successes.

Bedford will be unveiled at a ceremony on August 8th in Dover, NH

Times and distances were recorded at a meeting in Claremont last month and then compared with athletes from across the state to determine the final ranking.

WHITE RIVER JUNCTION – The Hartford Parks and Recreation Department is hosting Hurricane Hill 5K / 10K on Saturday and is seeking both participants and volunteers.

The race is part of the Western New Hampshire Trail Running Series, with the 10K division serving as the series event. Parking and registration take place at the Upper Valley Aquatic Center, and the race begins approximately three quarters of a mile from UVAC. A bus takes the participants to the start-finish line.

Pre-registration ends on Friday at www.wnhtrs.org. The same day registration cost is $ 20. Registration on race day begins at 7:00 a.m., the race starts at 9:00 a.m.

Hartford Parks and Rec is looking for volunteers to help with both the course and registration, water stops, awards, snack tables and timekeeping. Visit https://www.signupgenius.com/go/60b054eaaa72da5fb6-hurricane or call 802-295-5036 for more information.

The tournament raises money to help NEHSA sponsor outdoor recreational and sports opportunities for adults and children with disabilities. The tournament will include a variety of on-court competitions for participants, including a long drive against a PGA instructor.

The cost to play is $ 125 for a single person and $ 500 for a foursome. Contact Carly Bascom at [email protected] for more information.

Division of Pure Sources gives help for out of doors recreation...

Is the Adirondack Park dying for leisure actions?

Be conscious of preserving area’s outside areas for everybody to take...

36 Hours of Rugged River Recreation within the Umpqua Nationwide Forest